So, is IGTV worth integrating into your marketing strategy?

The introduction of IGTV is a clear effort to deter people from the leaving the Instagram ‘universe.’ With YouTube seen as the ‘king’ of long-form content, this marks a pivot in Instagram’s strategy.

Increasing numbers of people are using smartphones to consume digital content. Yet videos remain in a predominantly horizontal format. Vertical video designed for growing smartphone screens has been slow to materialize. YouTube’s 16:9 aspect ratio has remained consistent, while Facebook video actively favours a square format in its algorithm because it’s more versatile – neither is embracing the potential that smartphone-tailored content has to offer. As Instagram co-founder and CEO Kevin Systrom states, mobile video will account for 78% of total mobile data traffic by 2021. In short, IGTV is hitting a currently untapped market.

A recurring theme within reviews is that IGTV requires too much of a shift in user behaviour to be instantly successful. Instagram is set up for bite-sized visual content that doesn't need much of a time commitment. If there is one thing all creators are battling with, it’s how to capture our shorter attention spans. A move towards a longer video content may produce a shift in the content that your followers are used to seeing.

IGTV also requires more time and effort to invest in. It’s more comparable with vlogging than the existing Instagram story feature. But stories happen to be great jumping-off point for IGTV. Pay attention to stories that receive high engagement, and you can use these to help brainstorm long-form content. However, the people most likely to invest time in watching your long-form content are those already engaged with your brand. This makes IGTV great for maintaining existing engagement, but not necessarily for attracting a new audience.

Because IGTV isn’t currently monetized (there are unspecified plans for this at the end of the year) it’s unlikely we will see a mass exodus of influencers from YouTube – but this is in your favor. If you are an ‘early adopter’, then you will benefit the most in terms of organic views. YouTube is a good example; veteran content creators have talked about how much harder it is now to attract a sizeable audience. This is down to ongoing algorithm and revenue-sharing changes, but also to the sheer volume of content on the platform. For companies without a sizeable YouTube following and whose main audience is Instagram-based, IGTV presents a new and less competitive channel for your brand.

You don’t have to set up a new account if you already have Instagram. IGTV avoids the tedious set-up procedures that social media usually entails. All you have to do is to click the IGTV button in the right corner to get started.

Lead generation. Instead of having to spend time encouraging people to migrate from Instagram to YouTube to watch your content, you are keeping people in the same place. Followers will receive a notification that you have posted a new IGTV video and only have to tap to view it.

It democratizes content production. Where YouTubers once started out with cheap webcams, they now often use professional cameramen and full lighting set-ups to stay competitive. For companies with lower resources, this is an impossible investment to make. IGTV offers a much more economical option; anyone with a smartphone can build a credible following.

Long-form content up to an hour in length, depending on your following. Those with smaller accounts can only post videos up to ten minutes long, whilst those with larger followings get access to the full one-hour. According to Instagram, everyone will ultimately have access to the full version. Right now however, you may need to bear this in mind when you plan content.

If you already invest in professional video for a non-vertical format, you can’t directly transfer this to IGTV. You will have to change the aspect ratio to the 4.5 format or else film content in both formats, which can be both expensive and time-consuming.

Audience expectations for IGTV are still unclear. It’s too early to tell if what users want is a longer version of the “story” feature, or more long-form, YouTube-style content. This may mean some trial and error in your content until you strike the balance that your followers want – don’t expect high engagement from the get-go.

It’s safe to say that things are currently in a ‘watch and wait’ mode where IGTV is concerned. The world of social media is a fickle beast where change happens frequently, so it remains to be seen how much IGTV will be embraced. Our best advice is - watch this space!

Bright colors can make such a positive impression especially when created with such a lovely design! Our #packagingtip of the day is to put yourself in your customer's mind when 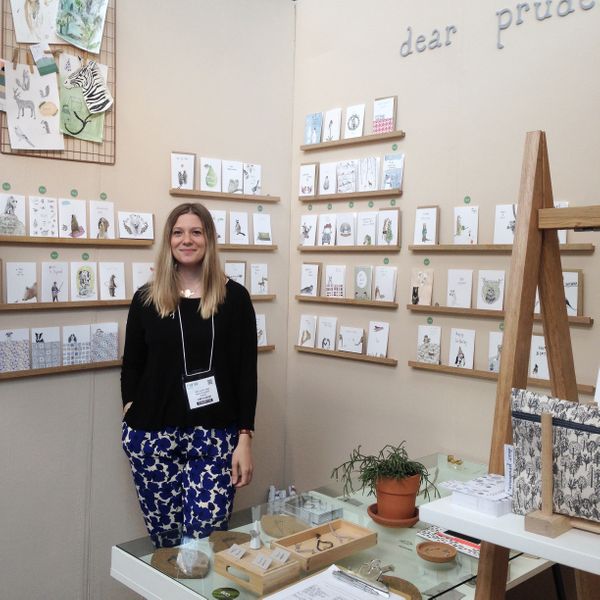 “Branding is very important to me; it’s such a crowded marketplace that you really have to go that extra mile to stand out.” Laura Park, Founder