If there’s one thing that many businesses are grappling with right now, it’s attracting and retaining great team members. Workplaces across the world are seeing labor shortages. In the US, for example, a new record of 4.3 million Americans left their jobs in August 2021.

Staffing concerns are increasing, and one way to overcome them is to establish an empowering work culture that focuses on love and respect. Doing so will not only help you retain talent, but it will also attract great individuals to your business.

Here to talk more about this is Renée Smith, the founder of A Human Workplace — a movement that strives to make workplaces more loving and human.

With a background as an executive leader in government and an organization development, strategy and culture consultant, Renée has seen firsthand the massive impact that love can have on workplaces and employee relationships.

Read on to find out more about Renée’s story and what you can do to uplevel your workplace culture in the best way possible.

The story behind A Human Workplace

One of the events that sparked the foundations of A Human Workplace was a discussion that Renée had with a colleague when she was working for the Washington State government.

“I had this conversation with the senior leader of my organization that was just one of those moments that you never forget,” she recalls.

“I said to him, ‘So, Chris, what do you think is the most important job of a leader in any business or organization?’”

His response, says Renée, was truly profound: He said the job of a leader is to eliminate fear from the workplace.

This statement struck a chord with Renée, and it led her to think deeper about what happens when leaders eliminate fear from the workplace.

"It completely resonated, though it also seemed like he was identifying just half of the story or half the equation,” she says. “It became clear to me that if we're decreasing fear in the workplace, something has to take its place.”

She continues, “I came to the conclusion that fear is replaced by love.”

Renée has been living by this ethos since that moment, and it was what drove her to conduct research on love and fear in the workplace and to start A Human Workplace.

Today, her company has team members across the globe who provide various services, including workshops, keynotes, culture design, and other programs geared towards helping organizations be more loving and human — and ultimately attract and retain employees who feel comfortable bringing their best selves to work.

❤️ How can businesses create more loving and human workplaces?

When asked about some of the steps that organizations can take to build a more empowering work environment, Renée says that leaders can start by understanding what happens to team members when there’s fear in the workplace.

Begin by looking back at your own experiences, advises Renée. "I would encourage people to pause and consider times when they have experienced fear. I'm talking about toxic fear where we feel like we don't know what's happening in a change or when we feel betrayed or don't receive the support we need in the workplace."

When leaders stop to reflect on their own experiences, they often realize how damaging fear is and how difficult it is to perform at a high level when they experience toxic fear.

And once businesses realize that fear is counterproductive, they can take steps towards a more loving culture.

"My leader cared about me as a person."

One statement that Renee hears a lot is “My leader cared about me as a person."

Employees who feel loved describe how leaders take an interest in each individual and make them feel a sense of belonging, respect, and appreciation.

"I love this idea because it's completely within our purview as a leader to do. It's just a decision," she says.

Renee continues, "It's a decision to pay attention to someone, to trust them, and to cultivate them. It's not about necessarily spending a ton of money or creating some program. It's tuning in to people and caring about them enough to really see, hear, and understand them."

Being part of a team that feels like family is another hallmark of a loving workplace.

"This statement is controversial but a lot of people use this metaphor of the family. I think what people are trying to say is that they feel safe and they feel a sense of belonging and acceptance in this group, and because of that, they can show up and totally be themselves. They didn't have to disguise themselves or put on a mask. The other thing that is true is that they can have good healthy conflict that is helpful in coming to better solutions," remarks Renée.

That being said, Renée mentions that businesses should take caution when promoting a family-centric culture, because “not everyone has a good experience of family.”

"We have to be careful about that. Referring to family can refer to something not so positive for some people. And teams need to take care not to abuse this sense of “family” by covering for bad behavior, for example.”

“I received support when in crisis.”

People also feel loved and respected in the workplace when they receive support during a personal crisis.

According to Renee, organizations that have supported team members during tough times have seen immense levels of loyalty from their teams.

“In cases where leaders and teams surrounded someone who was having a difficult experience with support and saw them through to the other side — we found that the loyalty, the commitment, the dedication was profound.”

💼 Examples of businesses that have created empowering workplaces

Renee also shares stories of organizations that have done a tremendous job in promoting a loving and human workplace.

Being compassionate when someone makes a mistake

One story that stands out is an incident where a manager made a public mistake that brought negative attention to the company. But rather than dismissing or shunning the employee, the leader of the organization approached them with compassion and helped them learn.

“This leader met with that manager and made sure that they were on the same page and clarified what should have happened. Then they talked about what that manager needed to do to correct the mistake and then allowed the manager to do the work that they needed to do,” says Renée.

Aside from making the manager feel more loved, respected, and empowered, the incident sent a great message to other employees.

“Everybody else learned that they were safe too and it wasn't the kind of place where one mistake and you're out of here. Instead, again, the executive leader told the manager, ‘We are family and you're not alone.’ That’s contributed to their success as an organization.”

Renee recounts another example of a manager who took the time to get to know new employees and ensured that they felt comfortable and supported during their first few days.

“The manager blocked time and they met them that first day and the team communicated clearly, ‘We're so glad you're here. We've been waiting for you.’”

She explains, “They spent time getting acquainted over coffee that first morning in a coffee shop. Then it came out that some of the new people were stressed about where to park and how to make it into the building that they worked in.”

In response, Renee says that the manager actually took the employees to his truck, drove them around, and showed them where to park.

That gesture, while simple, had a profound effect on the staff. In fact, it became a bonding moment that stayed with the team months after the incident, and it allowed them to navigate difficult situations and have tough conversations when they needed to.

“I love that because their performance later could be traced back to that first day on the job,” says Renee.

“What's so powerful about that is, again, the company wasn’t implementing a program. It wasn’t about spending a bunch of money on anything. That was just the leader being attentive to the fact that he had new employees coming and he being thoughtful about how they were brought into the organization.”

As the saying goes, teamwork makes the dream work. Prioritizing your team members — whether they’re employees, contractors, or collaborators — can do wonders for your business. By treating people with love and respect, you’ll foster a strong work environment that encourages everyone to do their best.

If you need help doing just that, be sure to check out A Human Workplace. 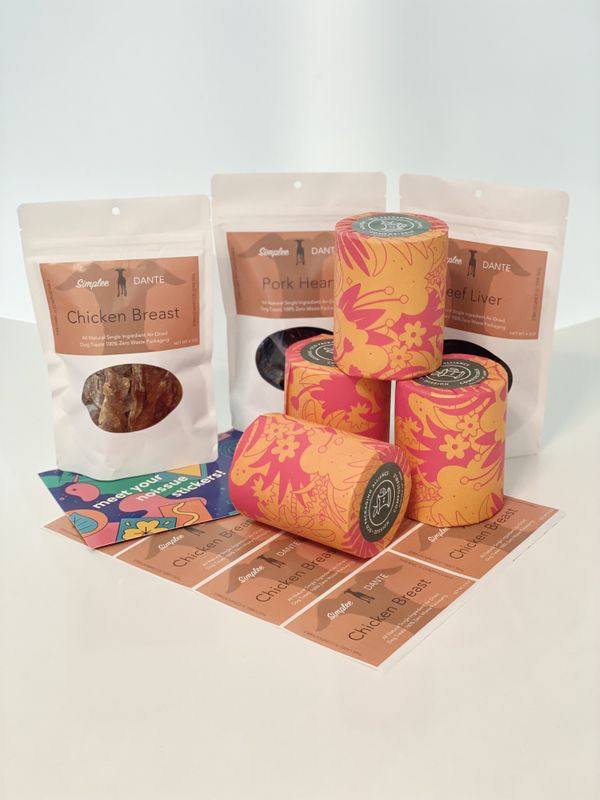 Based in Florida, Simplee Dante creates simple and healthy dog treats that provide the very best for your furry friend while being thoughtful to the planet. 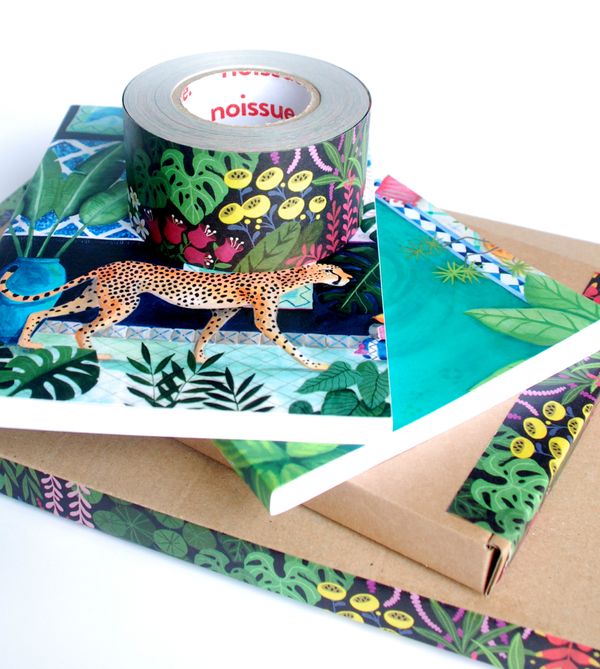 Bex Parkin creates beautiful, high-quality stationery from original gouache paintings that celebrate the earth — and protect it, too!