n the second installment of Beyond the Box, Ben gets into ink in a major way. Where did ink come from, what is ink made from and who does ink think it is are all questions that get answered.

Ink has its origins around 4500 years ago, and was invented by both the Egyptians and the Chinese around the same time. As far as components go, ink is made up of two key parts: the pigment and the carrier.

The pigment is the dye itself, and is what is delivered by the vessel to the paper or printing medium. Ink is typically colored, but the very first inks used charcoal or soot from the fire as the main pigment, hence why most of the early written works found were written in black ink. Charcoal was also a relatively inexpensive and easy to find pigment, whereas pigments for other colors were quite rare.

As technology developed, different pigments (chemical based as opposed to naturally occurring) began to be used, as well as petroleum/chemical based carriers. These chemical ink combinations gained popularity in the early 1900s as the quick drying properties of petroleum based inks enabled newspapers to be printed and dried much faster than with non-petroleum ink carriers. In the 1970s, with the oil crisis, printers began looking for alternatives as petroleum prices sky-rocketed.

Thus enters the popularity of soy-based and other vegetable-based inks. These inks, as covered in our sustainability discussion, are much more sustainable and have much fewer adverse impacts on the environment.

So how about them apples? As always, to stay on top of Beyond the Box as new episodes are released, don't forget to subscribe! And check out some shots from the shoot below.

"We have four guiding values – strive for quality, have purpose, champion independents, think out of the ordinary." Sam Patterson, Co-Founder 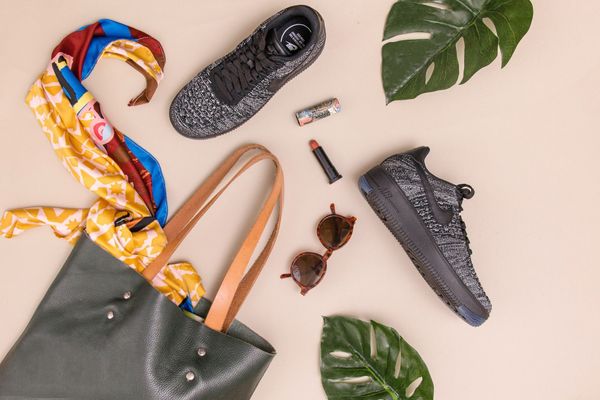 Within e-commerce, it’s easy to fall into the trap of thinking that great customer service isn’t as important as it is in brick and mortar stores. However, in an online environment, going that extra mile and exceeding expectations is crucial.